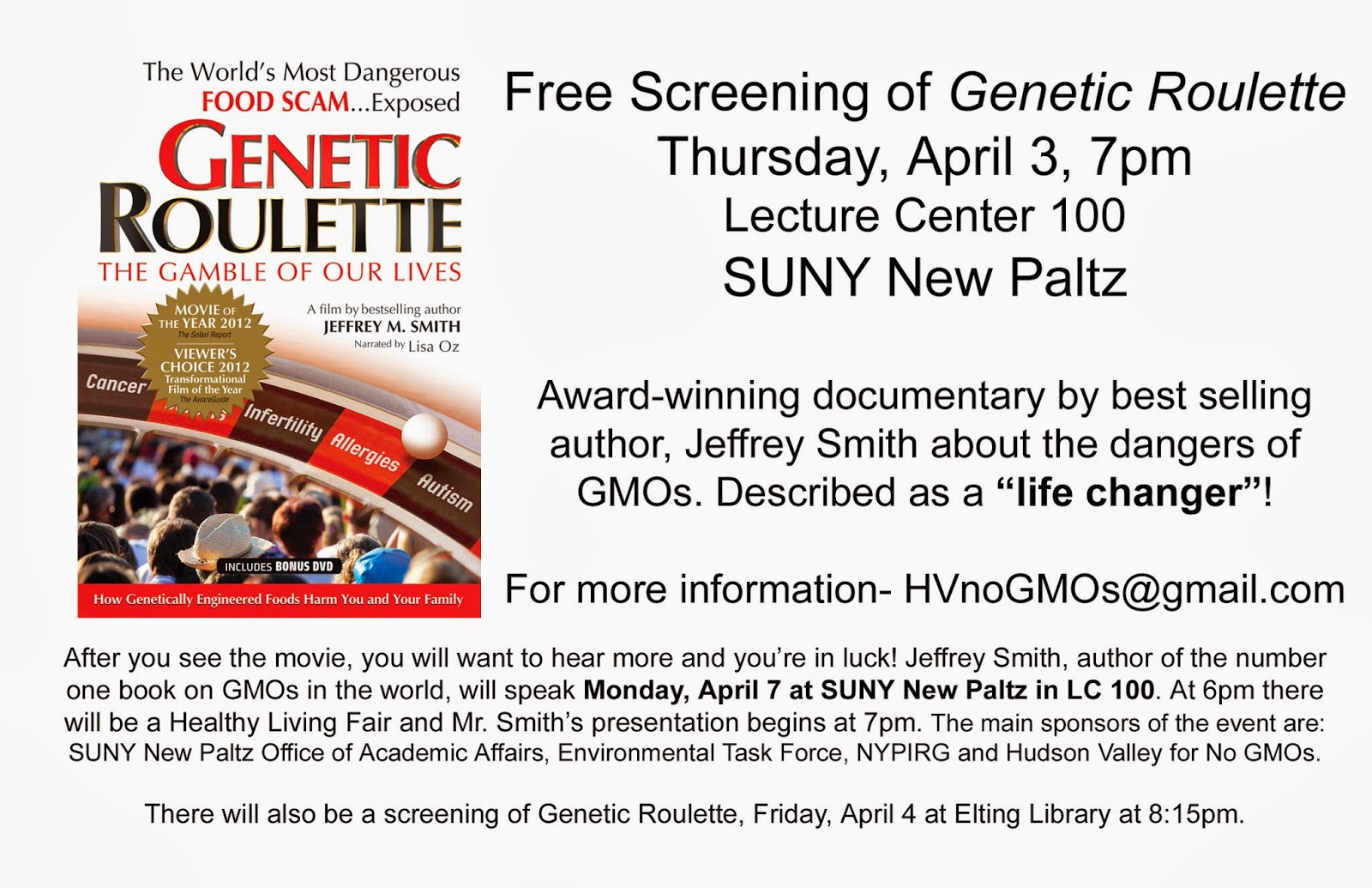 Genetic Roulette won 2012 Movie of the Year (Solari Report) and Top Transformational Film of 2012 by AwareGuide.

"Never-Before-Seen-Evidence points to genetically engineered foods as a major contributor to rising disease rates in the US population, especially among children. Gastrointestinal disorders, allergies, inflammatory diseases, and infertility are just some of the problems implicated in humans, pets, livestock, and lab animals that eat genetically modified soybeans and corn." Institute for Responsible Technology

Don't miss this eye-opening film! You owe it to yourself and family to learn more about this growing health emergency. Sign up here- https://www.facebook.com/events/240969762771990/?source=1#

Posted by Barbara Upton and Beth Dulay at 8:07 AM