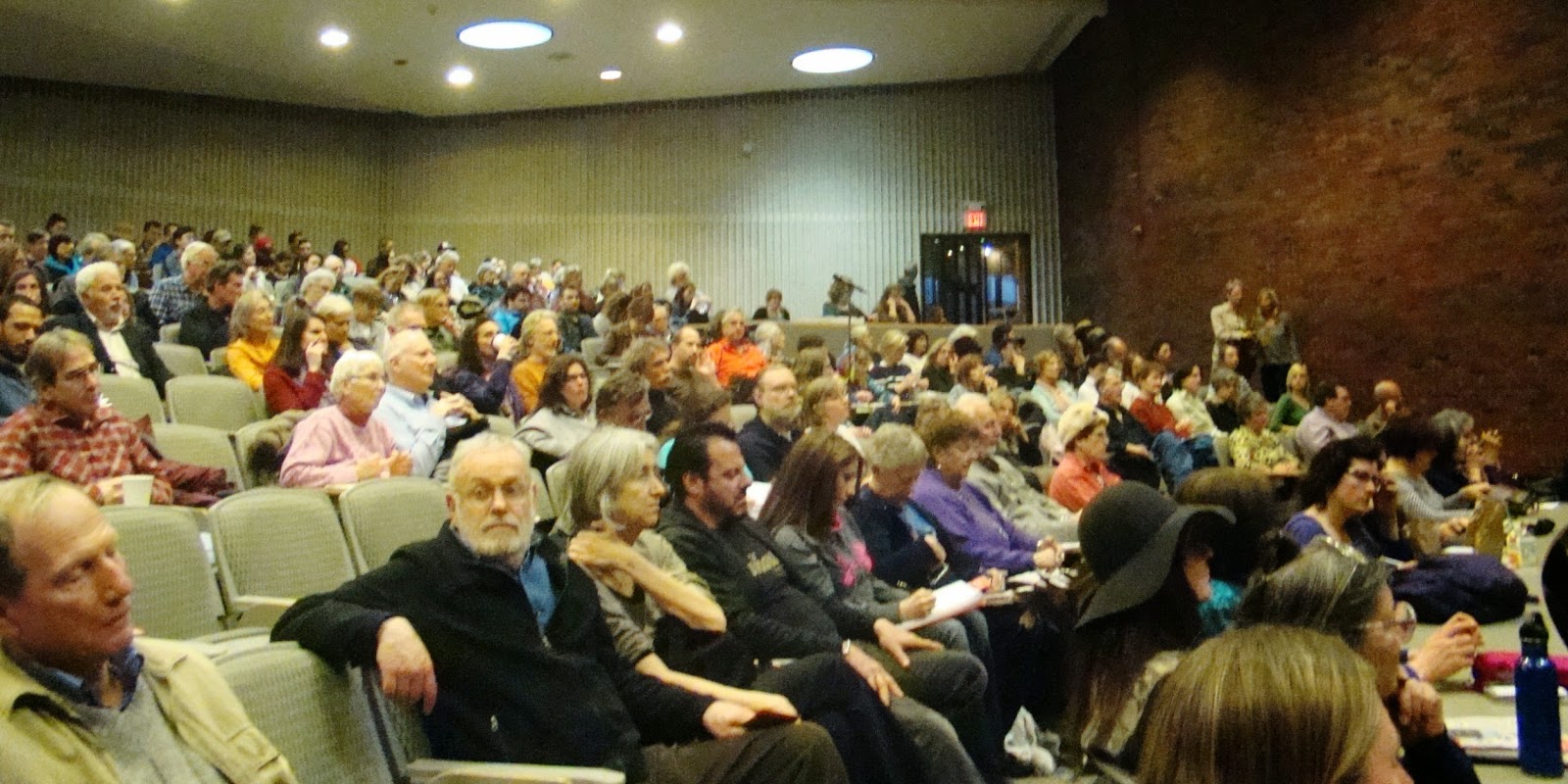 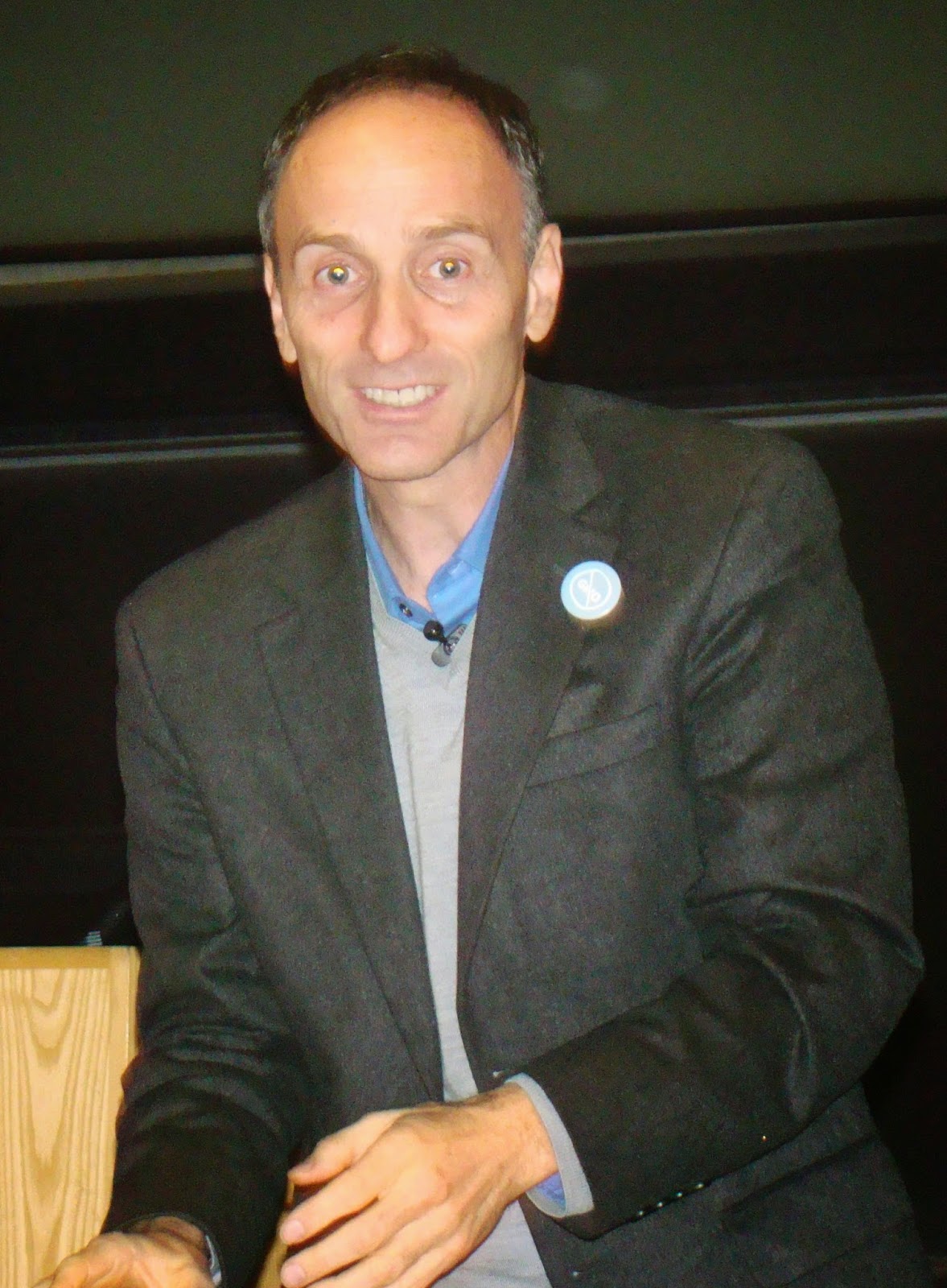 A nearly packed house of about 400 gave a warm welcome to one of the leading experts on the dangers of GMOs (genetically modified organisms) Monday night at SUNY New Paltz. Jeffrey Smith, author of the world's best selling book on GMOs, Seeds of Deception, held the crowd captive for almost two hours.

He began his talk powerfully, asking for testimonials from audience members who have stopped eating GMOs and who have experienced improved health as a result.

We heard from folks who had colitis and other gastrointestinal disorders clear up. Jeffrey said GI problems are always the number one health issue improved when GMOs are removed from the diet. Others reported dramatic improvement in kids with ADHD and autism. Many said that immune disorders like allergies, asthma and autoimmune diseases all got better (Jeffrey said he has heard about improvements in immune disorders in 94 of 95 presentations). People also reported help with heart arrhythmia, gaining more mental clarity, and that they lost weight on a non-GMO diet! Jeffrey said he has seen many become medication free- with examples like Crohns disease clearing in three days, irritable bowel symptoms gone in 3 to 8 weeks and much more. Thousands of physicians are now recommending GMO-free diets. 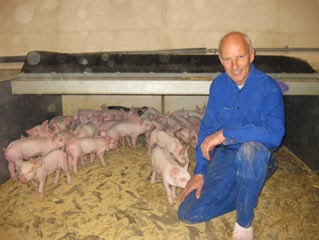 Jeffrey then went on to share the latest scientific evidence linking GMOs to many of the same diseases in lab animals, farm animals, and pets and how they improve, like humans do, when given a non-GMO diet. One example, was a pig farm that had many problems with sick pigs who were fed a GM diet for 14 years. After only two days on non-GMO feed, diarrhea, that had often been fatal, virtually disappeared. Other problems, like ulcers, bloat death, birth defects and more also cleared and the use of medication dropped 75% on the farm!

Jeffrey also spoke about Monsanto's Roundup- a toxic herbicide designed to be used with GM crops engineered to withstand heavy doses without dying. It leaves the crops more contaminated, weak and nutritionally deficient. Roundup is poisoning our land, air, water, food and us. 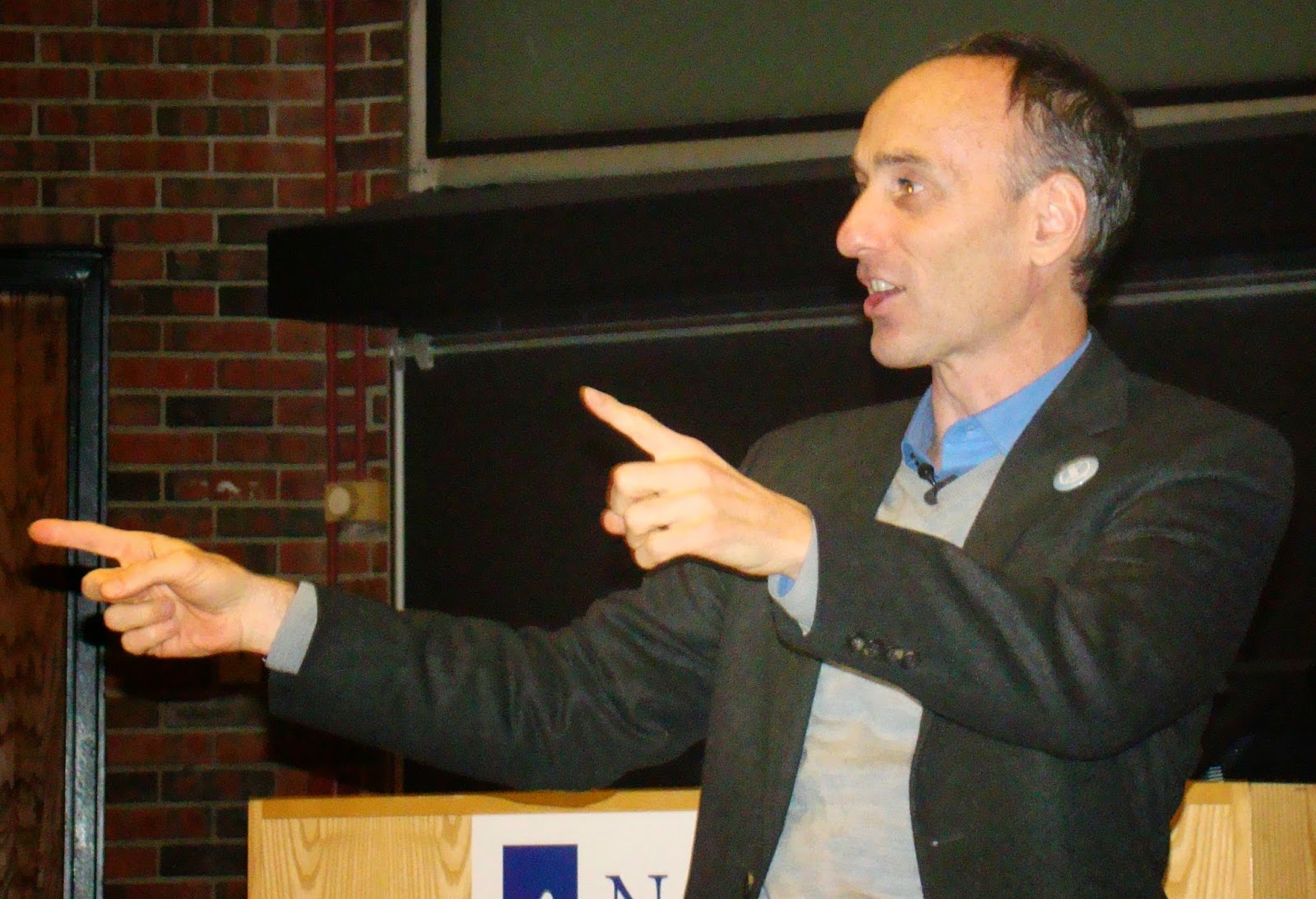 You can see the whole presentation here

http://newpaltz.mediasite.suny.edu/Mediasite/Play/fe646cf0c9fc4fd3aad5898dcf90f0d11d
One of the main organizers of the event, Michael Boms, adjunct professor of biology at SUNY New Paltz spoke and introduced Jeffrey, whose talk begins about 14 minutes in.

Although GMOS are having a terrible impact on human, animal and planetary health, Jeffrey always ends on an optimistic note. He sees us nearing the tipping point of consumer rejection of GMOs in our country. He also sees the momentum of the GM labeling movement and urged everyone to get involved in the campaign to label GMOs in New York. Tomorrow, we will have more information on how we can make GM labeling a reality here in New York this year!


Monsanto's Plan to Replace Nature
Toward the end of his talk, Jeffrey reported that at a Biotechnology conference in 1999, Monsanto said that their goal was for 100% of all commercial seeds to be genetically engineered and patented in 15 to 20 years.

"They were planning to  replace nature, to eliminate the products of billions of years of evolution with designer organisms and designer genes designed for greater profit and control," Jeffrey said. He also said once released into the environment GMOs spread and are unrecallable, "becoming a self-propagating pollution of the gene pool". That is why the ultimate goal has to be to ban GMOs.

Instead of despair, Jeffrey called on us to rise against this unprecedented threat to our food supply. He sees it as a responsibility and honor- to be able to protect the genetic integrity of nature and the health of all who eat!

Consciousness is growing everywhere. Jeffrey announced that three days ago, Russia banned all GMOs! He also  talked about how Cheerios, Grapenuts and Chipotle are going GMO free in some or all of their products. There are now 16,000 products verified as non-GMO and when a product is labeled GMO-free, sales increase 20-30%. When more of us avoid GMOs and let the food manufacturers know why we are boycotting their foods, we can reach that tipping point in a surprisingly short time, the way Europe did.

Jeffrey asserts that "Right now is the most important window of opportunity in anti-GM work possibly in the history of the world."

Go to Jeffrey's Institute for Responsible Technology - that always been on the cutting edge of engineering the tipping point of consumer rejection of GMOs. Please make a donation if you can. We thank Jeffrey Smith for his pioneering work, dedication to this cause and for educating and enlightening us here in the Hudson Valley!

Before the lecture, participants were treated to an information-packed, festive Healthy Living Fair. 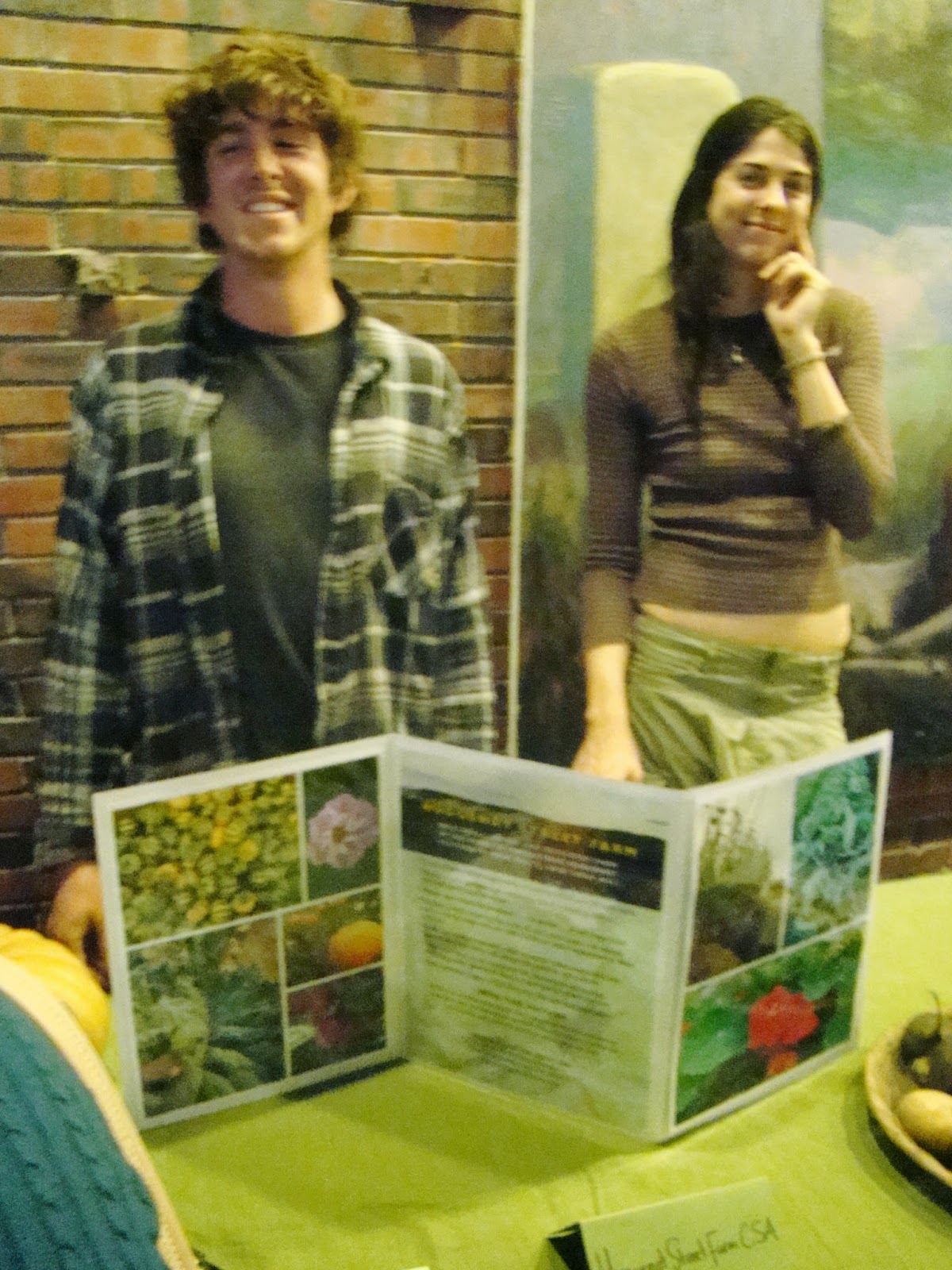 We want to thank Jasmine Wood, who recruited many of the 20 groups tabling at the fair. Jasmine and Lina Gingold also did a great job staffing our Hudson Valley for No GMOs table. As a result of their good work, one hundred twenty letters asking that GMOs be labeled in NY this year will be sent to NYS Assembly members and Senators! Come back to this site tomorrow and we will share phone numbers! They need to hear from all of us!

A big thank you to Gomen Kudasai who served us a lovely pre-event dinner and brought platters of non-GMO food for all who attended the Healthy Living Fair. We thank Youko for her amazing generosity and thank her staff too. Give yourself and your family a treat and stop in Gomen Kudasai, on 232 Main St, in New Paltz for a delicious non-GMO meal!

Thanks too to percussion and guitar duo "Joakim and Chris" who provided lively music that lifted the energy of the whole Healthy Living Fair! 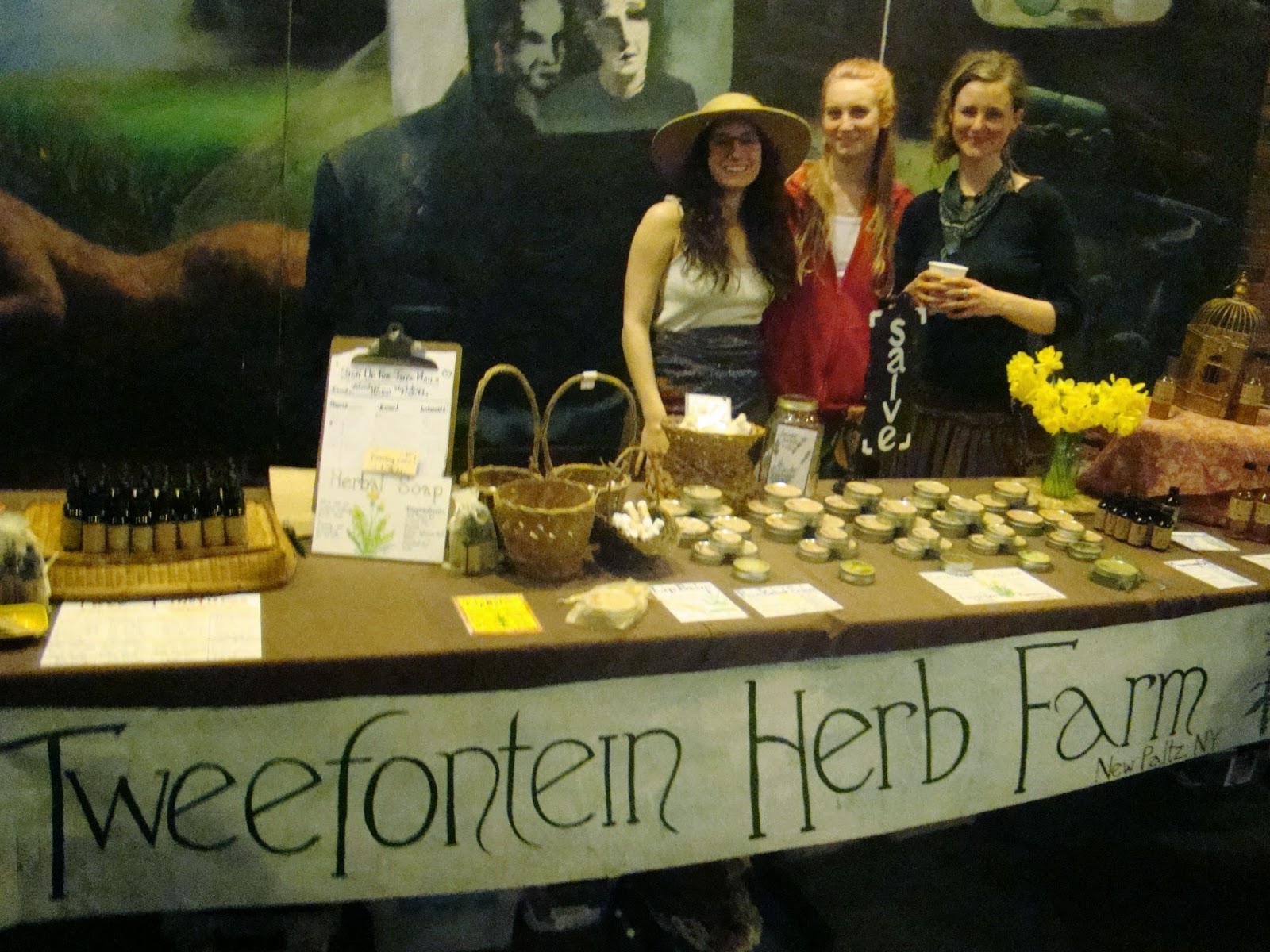 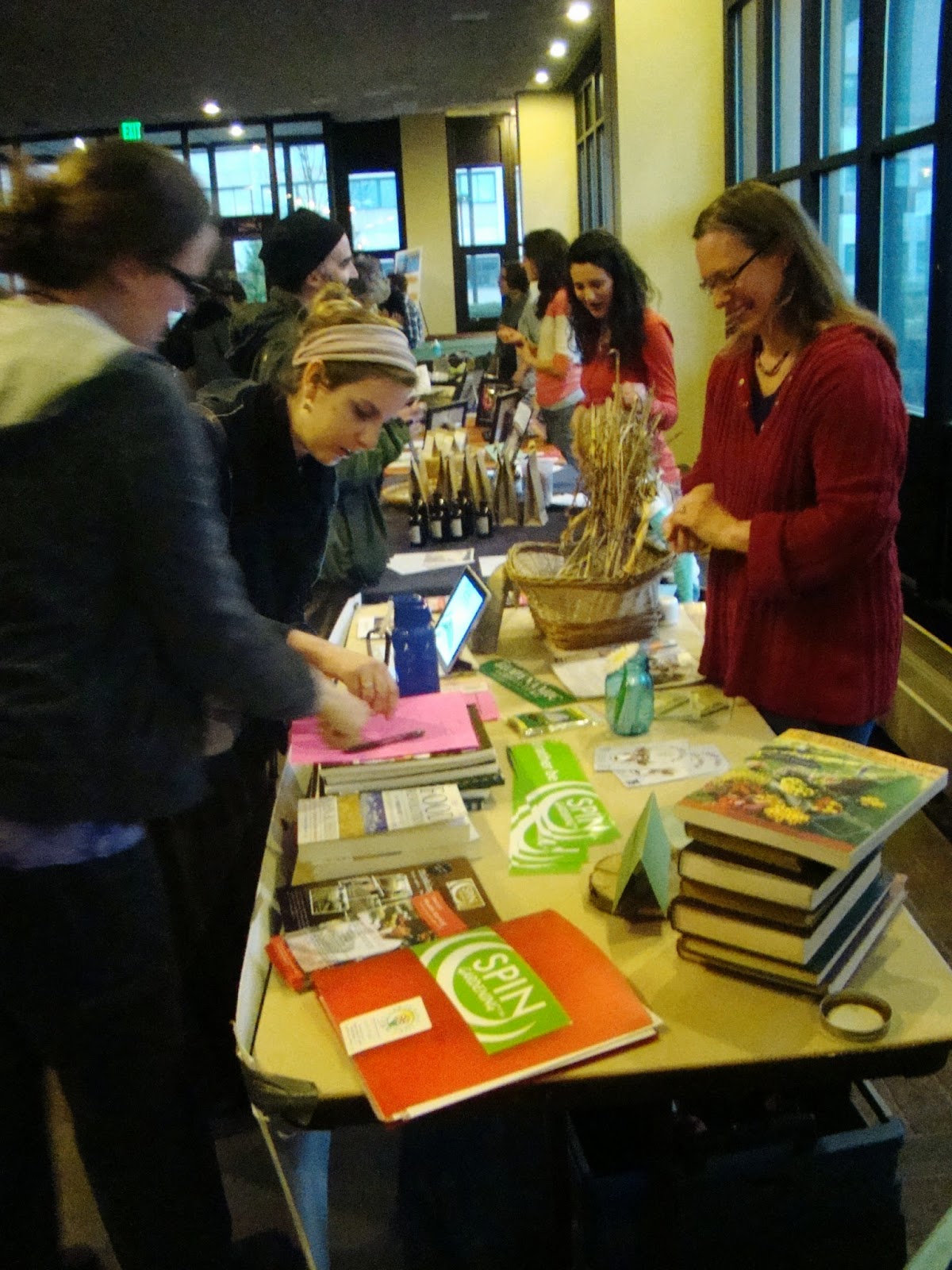 Thank you for helping us all to end the scourge of GMOs on our planet!

Also, please support those who sponsored the Jeffrey Smith event- the local farms (we love you!) wellness practitioners, nonprofits and businesses dedicated to healthy food and a livable planet:

The main sponsors of this event were:  SUNY New Paltz Office of Academic Affairs, Environmental Task Force , NYPIRG and us, Hudson Valley for No GMOs. Thanks to all who worked so hard to make this event a great success! Special thanks to the  organizers who initiated this event and who kindly asked us to join them: SUNY New Paltz professors; Michael Boms, Brain Obach and Dan Lipson, Eric Wood, director of NYPIRG and to all the NYPIRG students, Ariana Bosco, chair of the Environmental Task Force and Tammy Friedman.
Posted by Barbara Upton and Beth Dulay at 11:53 AM